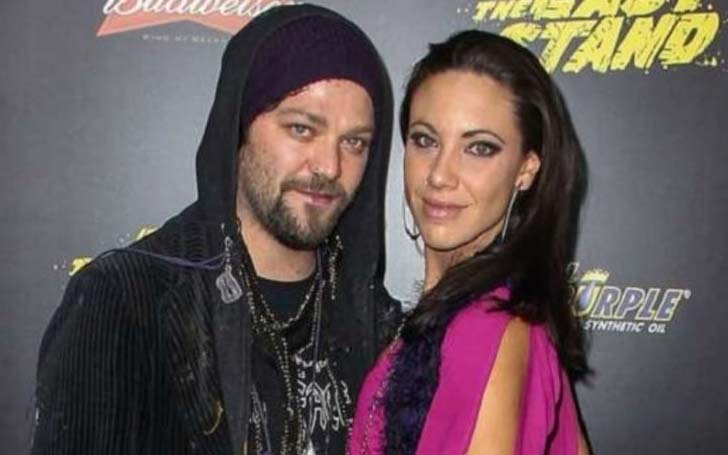 Missy Rothstein, an American TV personality is widely popular as the ex-wife of Jackass star Bam Margera. She strengthened the media attention as the cast in the MTV reality show, Bam’s Unholy Union in 2007. Well, the show is the documentation of the couple’s plan for the wedding after their engagement.

As for a fact, the two are highschool-friends but didn’t turn romantic until the mid-2000s. Later, they married but divorced in 2012 ending their 5 year-long marital relationships. What’s up with the current relationship status of Missy? Let’s know more about her.

Born on June 3, 1980, the Minghags actress is from Springfield, Pennsylvania, the USA. Her birth name is Melissa Rothstein but often goes by the name “Missy”. As of 2021, Rothstein is 41 years old. The 5 feet 7 inches tall brown-eyed figure has a slim body figure.

Although Missy barely has opened up about her parents, she was reportedly raised by her single mother Marian Rothstein. She has 2 sisters: Amanda (who has down syndrome) and Jessica (who has Lyme disease).

An alumna of Chester High School, Missy Rothstein enrolled at the Pennsylvania State University and graduated with Bachelor’s degree in Communication.

As mentioned earlier, the occasional actress saw wide exposure to fame only after her marriage to Brandon Cole “Bam” Margera. Famous as MTV reality stunt show Jackass star, Margera is also a skateboarder and filmmaker.

Although Missy and Bam met during her high school days at Chester High School, they didn’t go romantic then. But after they crossed paths again in the mid-2000s, the two began dating. Then Margera was aiding her to pursue a career in acting.

After dating for a while, the couple got engaged in 2006. Reportedly, the Viva La Bam creator proposed to her while in the Cartier store at King of Prussia Shopping Mall. The duo married on February 3, 2007, at the Loews Hotel in downtown Philadelphia. Rothstein and her then-husband honeymooned in Dubai.

Their wedding ceremony chronicled in 2007 in Bam’s Unholy Union- a reality show which showcased the two’s love journey since their engagement and plans for the marriage. In the wedding with 350 guest attendances, it cost Bam Margera about $13,000 in damages only. Her in-law parents: April Margera and Phil Margera are both TV stars. She is the sister-in-law of musician Jess Margera.

Divorced After 5 Years- Reason? Any Children?

It was only after 2 years of marriage, Missy and Bam began to saw misfits in their relationship. It was mostly due to the latter’s alcohol abuse. Reportedly in 2009, she called 911 after the Jackass star had a 4-day alcohol binge.

Later, Bam was admitted to the hospital. Moreover, they sought marriage counseling twice a week, but all in vain. In October 2010, during an interview with Howard Stern, Missy confirmed that she and her husband were living in separate cities. Moreover, the American TV personality had even other girlfriends too.

On November 1, 2012, they divorced after 5 years of marriage. They didn’t share any children throughout their relationship.

Since she split with Bam, Missy has remained low-key about dating or marriage updates. Although fans believe that she is in a relationship secretly, no proof about it is on the surface. Moreover, she is not active on social media platforms such as Instagram, Twitter, or Facebook.

On the other, her ex-husband Mr. Margera is again a married man. Currently, he lives with his second wife Nicole Boyd, and also shares a son Phoenix Wolf (b. 2017).

Prior to Missy), Bam Margera was in a relationship with Jenn Rivell. They were even engaged but split in 2005 after 7 years of dating.

Missy Rothstein Net Worth and Earnings

As of 2021, Rothstein has $1 million net worth, but sources cite she could own more too. Aside from her TV venture, she indeed collected a decent sum of money through her divorce settlement with Bam. However, the exact figure for settlement never came forth.

According to Celebrity Net Worth, the 41-year-old TV figure Bam Margera is worth $20 million. Reportedly, he accumulated much more fortune and was allegedly worth $40 million. But it fizzled out after his abuse with alcohol saw rehab charges and financial mismanagement.