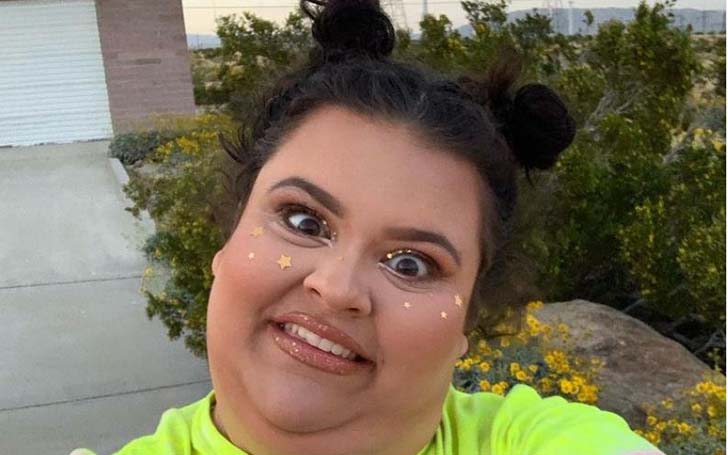 Christine Sydelko is an Iranian-American comedian. She used to make vines in the early days of her career. After that, she switched to YouTube. She is usually seen in her signature outfit, a 90s jacket; a Don’t Mess With Texas shirt and a pink headband. Sydelko is also known for her Merry Chrysler meme.

Recently, she announced that she quit the internet. She reasoned this by saying that “being an influencer was a “trivial” job, and she couldn’t stand the “fake drama” anymore.”

Christine is originally from Chicago, Illinois. She was born on 27th March 1994. Talking about her age, she is currently 26 years old. Her star sign is Aries. Sydelko has American nationality. Her mother, Pam Sydelko, is a former scientist. Pam now has a consulting firm which she manages herself. Moreover, Christine has two elder brothers.

Sydelko joined DePaul University to study Political Science. However, due to some circumstances, she dropped out before graduating. Her career in the entertainment industry began after her vine went viral. She moved to Los Angels in 2015 to accelerate her career.

Why did Christine Sydelko quit the internet?

Christine Sydelko hasn’t posted on her YouTube channel for two years. This is because she seems to be fed up with the influencer lifestyle. In June, she tweeted that the internet affected her mental health and caused her anxiety and depression.

And in July, she said she couldn’t stand it “when internet people insert themselves into every single little drama regardless of how well they know the people or the situation just for attention.”

She also has a YouTube channel by the name of Christine Sydelko. There she has more than 1.2 million subscribers. Christine uploaded her first YouTube video on 21st July 2015. A parody of the song “Closer” by The Chainsmokers and Halsey is highly famous.

Sydelko’s videos have millions of views on YouTube. In addition to that, Christine has a joint channel with another YouTuber, Chris Klemens. Furthermore, she has starred in Julian Solomita’s short film “Eat, Clay, Love,” alongside Elijah. Moreover, she frequently collaborates with her other YouTuber friends. Sydelko even made a parody of The Maury Show with her friend Tana Mongeau. They also collaborated with famous beauty guru James Charles.

However, she hasn’t posted any videos on her channel since February of 2019. So from this, we know that she is no longer active on YouTube.

Sydelko and Elijah Daniel met for the first time in 2015. After knowing each other, they began making vlogs together. Furthermore, they got engaged in 2016. They made this announcement on their YouTube channel.

However, it was later concluded to be a prank, as Elijah is gay and Christine is asexual. They planned to get married in 2017 after reaching 1 million subscribers on YouTube. But, unfortunately, they broke up in 2018.

What is Christine Sydelko’s Net Worth?

The comedian earns a beautiful amount of money from her professional career. According to Networthspot, she makes around $100 thousand from her Youtube advertisement. Besides, her earnings may be more from this. Adding her extra source of income, she may have a net worth of around $250 thousand.

A motivational speaker and comedian have impressed her viewers through her humor and speech. However, as she is a bit heavy, she has faced a lot of criticisms and bullying for her weight. Therefore, she tries to educate people on the negative side of body shaming and its impact on mental health.

Sydelko weighs approximately 110 kilograms. She trained in the gym to lead a healthier life and shared a post-workout picture with her Instagram followers.