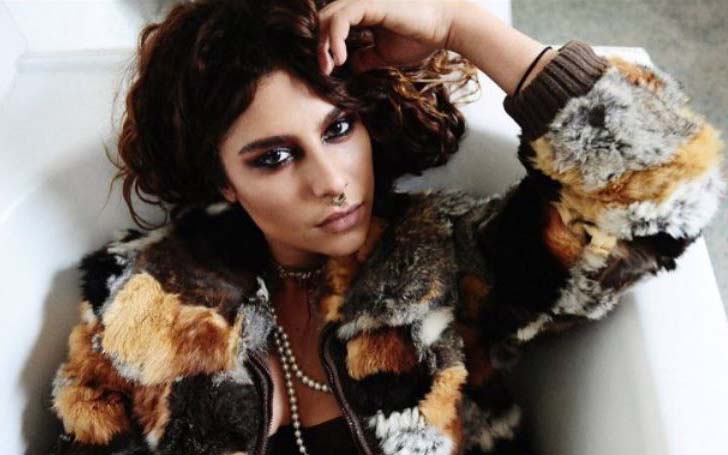 Do you love watching shows like The Walking Dead, The 100, or The Divergent Series? If you’ve watched, you must be familiar with Nadia Hilker, a stunning dark-haired woman of outstanding German beauty. She’s still a young actress, but making a name for herself by appearing in many popular films.

Nadia Hilker is a well-known actress in Germany. Hilker’s involvement in films and dramas such as Spring and The 100 was appreciated by many people, including her supporters. Let’s have a look at her further personal information.

The lovely actress was born in Munich, Germany, on December 1, 1988. Hilker is the daughter of a German IT professional. Her Tunisian mother was a Lufthansa employee. She has only one sibling, a brother whose name is unknown. As a youngster, she and her brother enjoyed a fantastic childhood.

Her passion for acting had grown from childhood. From the age of four, she also began ballet training. Likewise, she enrolled at the London Royal Academy of Dance, where she learned ballet. The model agency spotted her when she was learning ballet dancing. So, before beginning her acting career, she worked as a model.

Nadia began her career by working with some of the biggest names in the industry. C & A, Clearasil are some of them. Then, after a successful career in the fashion sector, she turned her attention to acting. Unexpectedly, this model managed to seem gorgeous on TV.

She eventually made her acting debut in the film Zimmer it Auntie, with Jutta Speidel and Ingo Naujoks. Although it was her debut film, she generated a lot of recognition for her work. Hilker has also appeared in several films, including Spring, In the Gallery, The Divergent Series: Allegiant, Collide, SOKO Munchen, The Walking Dead, The 100, Muchen 7, and Der Ietze Bulle.

When it comes to her personal life, Nadia Hilker’s partner is now Mark Herbig. The pair is still on good terms after years of being together, and there have been no reports of a split or separation. Naida devotes her entire time to her lover and has made huge plans for their future.

Furthermore, the couple was seen together in several places. They have never been involved in any allegations or scandals. On the other hand, considering their lovely connection, the pair may be married soon, although they haven’t spoken anything about it so far.

Although people think that she is a lesbian due to her appearance in The Walking Dead as a lesbian character, she identifies as sexually straight. Meanwhile, she is not married and does not have any kids.

Nadia has gained a considerable fortune through modeling and appearing in several films and television series throughout her career. Nadia Hilker has a net worth of $1 million, which she has achieved via her career. She is now residing in Los Angeles, California, where she enjoys a luxurious lifestyle.

Nadia Hilker stands at the height of 5 feet 8 inches. She is also around 53 kilos in weight. Her breast is 30 inches, her waist measures 23 inches, and her hips measure 33 inches. Nadia has a 36A cup size; however, her dress size and shoe size are currently unavailable.

She also has medium-length wavy dark brown hair that matches her dark brown eyes. In addition, she has light skin, and her beautiful cheekbones are her most unique feature.