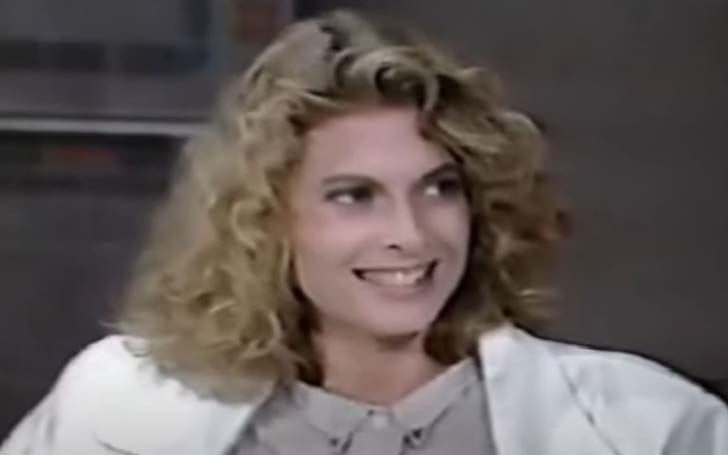 Some people are born in History, while some are born to create History. Yes, the celebrity we will talk about is non-other than the evergreen actress of American cinema, Kathryn Harrold. She is a retired film actress who is currently working as an American counselor.

Kathryn can be introduced as a well-known female actress who has portrayed lead roles in the movies such as The Hunter (1980), Modern Romance (1981), Yes Giorgi (1982), and Raw Deal (1986). Moreover, she also came across the media limelight playing roles in horror films like Nightwing and The Sender. Let’s learn some more about her in detail:

When and To Whom Kathryn Harrold was Born?

Kathryn Harrold was born on 2 August 1950, to the father B.H Harrold and mother, Carolyn Harrold, in Tazewell, Virginia, USA. According to her birth, Kathryn’s current age is 71 years old woman. Furthermore, there is no information about Harrold’s childhood days and siblings. But the lady holds an American nationality and white ethnicity.

Kathryn Harrold went to Tazewell Hight School during her early days to complete her primary schooling. She further studied at Mills College and at the HB Studio, where she learned acting and modeling.

How did Kathryn Gain Popularity?

Kathryn was an active and highly passionate woman during her young days. She was Steve McQueen’s leading lady actress in the screen legend’s film, The Hunter (1980), and Arnold Schwarzenegger’s action movie Raw Deal (1986). Before that, Kathryn began her movie journey appearing in the film like Nightwing in 1979 and a horror movie The Sender on 1982.

Furthermore, she began her Television career from the NBC daytime Soap Opera the Doctors (1976-1977) as Nola Dancy Aldrich and appeared as Helen Rowland in Desperate Housewives (2004-2006). Likewise, she co-starred alongside Regina Taylor in the drama I’ll Fly Away and appeared on The Larry Sanders Show as Francine Sanders.

What Part Did Kathryn Harrold Play in Rockford Files?

Kathryn played the role of a blind psychiatrist in different episodes of The Rockford Files. The show started from the year 1978 to 1979, making a great success in the Television industry.

Both came closer after Kathryn and Lawrence starred in the same show, The Larry Sanders Shows. They met professionally on the set of the show but later turned out dating partners soon. As a result, Kathryn and Lawrence finally exchanged their wedding vows on Valentine’s Day, i.e., 14 February 1994.

Who is the daughter of Kathryn?

Exchanging a peaceful and romantic relationship. Kathryn and Lawrence welcomed a daughter together and named her Elizabeth Buckley Harrold O’Donnell. However, the happiness did not last for long as the couple divorced each other in 2013. They have been married for more than a decade.

Where is Kathryn Harrold Now?

After the divorce, Kathryn worked as a Marriage and Family counselor. She has done Masters in Arts from Antioch University and is a licensed marriage and family therapist (LMFT) by her current profession. Likewise, Kathryn resides in Santa Monica, California, with her daughter.

Is Kathryn Available on Social Media?

No, Kathryn is not active or available on any of the social media sites as of now. However, she has her website (www.Kathryn-harrold.com).

What is the Net worth of Kathryn Harrold?

Kathryn is one of the richest female actresses in the American entertainment industry. Her estimated Net worth is approximately around $24 Million as per different online media. However, there is no information about her salary, house, and cars as of now.

How Tall is Kathryn Harrold?

The Lady is 5 feet 9 inches tall on her height, whereas she is around 64 kilogram in weight. Moreover, Kathryn’s body measurements are 33-24-33 inches, including her chest, waist, and hip. And she has brown colored shiny eyes and has a light brown colored hair.