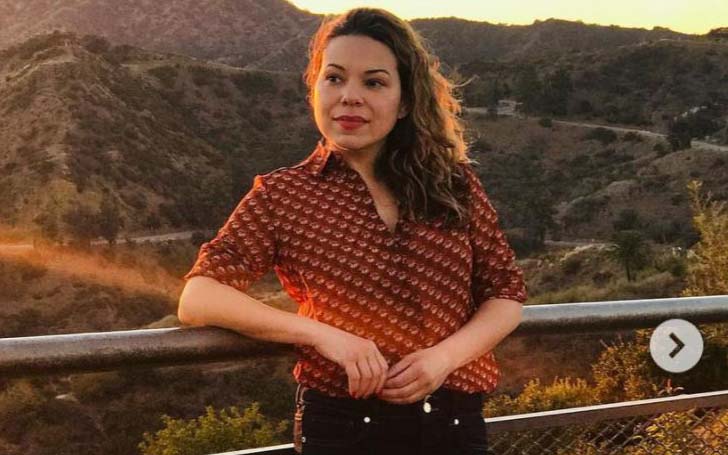 Gloria Garayua is an American actress, model, and TV personality. She stepped into the entertainment industry in 2005 with a comedy film, Fun with Dick and Jane, and appeared as a guest in on-going TV shows like Six Feet Under, Weeds, and The Shield.

Moreover, Gloria’s role in the popular show Grey’s Anatomy was also magnificent as she flawlessly did her work. Besides her successful professional life, there are still many more you might not be aware of about her. So here we’ve come up with some of the exciting facts about Gloria’s life biography covering all possible information about her.

How Old is Gloria Garayua?

Gloria Garayua is an American-born and raised child born on the 18th of October 1978 in Bronx, New York, USA. As per her date of birth, Gloria is 43 years old as of 2021.

However, there is no information about her biological parents as their name, profession, and background is hidden. But Gloria is of Puerto Rican heritage, and her parents originally belong from Ponce, Puerto Rico.

Gloria has attended St. Nicholas of Tolentine Elementary School for her primary education whereas, she attended St. Catherine Academy High School in the Bronx. After that, the lady went further to the Long Island University POST and graduated with a bachelor’s degree in acting.

How Gloria Garayua Gained Her Fame?

After graduation, Garayua shifted to California in 2004, where she connected with a production house. Likewise, she selected and starred in the leading role in Nilo Cruz’s Two Sisters and A Piano at the Old Globe Theater in San Diego.

As her initial start was lucky, Gloria soon starred in an episode of Grey’s Anatomy as an intern named Graciella. But her performance made directors cast a total of 24 episodes of the series from 2007 to 2010.

Besides this, Gloria Garayua appeared in the ‘How to Get Away with Murder series as Brianna Davis, one of the finest roles in her entire TV career.

What are the popular TV Shows of Gloria?

Among all the roles and TV shows Gloria appeared in, some of her best performed and known projects are NYPD Blue as Anna, The Shield as Conception, Weeds as Reyna, Desperate Housewives as Celia Solis, Shameless as Laurie, American Housewife as Nurse Chapel, and The Good Doctor as Sonia.

What are the Popular Movies of Gloria?

Besides gaining popularity and stardom through Television, Gloria’s work in Movies is equally excellent. She appeared in the movies like Homeless Destiny as Mrs. Santiago, Faster as Gospel Choir, I am Gangster and Tokyo Godfathers, etc. Gloria also does commercials on ispot. Tv featuring different ads related to her TV shows.

Is Gloria Garayua Married or Single?

Gloria lives a separate life away from the media limelight. She used to keep her personal life limited to herself. As a result, there is no information about her Married life or husband. Thus, it is safe to say that Gloria is single and has not married anyone since 2021.

Is Garayua active on social media?

What is Her Net Worth?

Gloria Garayua is one of the successful actresses who has gained a lot of achievements throughout her career lifetime. As a result, she stands at an estimated Net Worth of $900Kin 2021. Similarly, she receives around $40K- $150K per annum as a TV actress.

How Tall is Gloria?

She is 43 years old woman but still very active and energetic. Gloria stands at the height of 5 feet 7 inches and weighs around 60 kilograms. She has black-colored shiny eyes and long black hair. Unfortunately, Garayua’s body measurements are not mentioned anywhere on the internet, but our team will soon update this as quickly as possible.