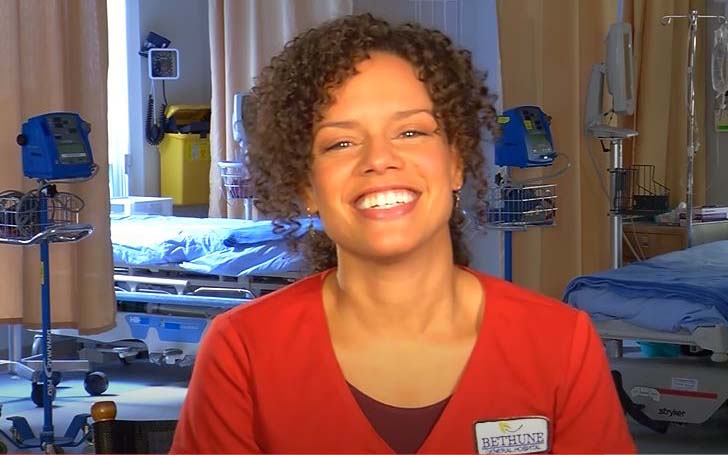 Genelle Williams is a well-established actress famous for her acting roles as Kim Carlisle in ‘Radio Free Roscoe’, Lucy Svens in ‘Family Law’, and Leena in ‘Warehouse 13’. In addition, she appeared as different characters in movies like Orphan, Family’s Radio Free Roscoe, and many more. Genelle started her career in acting in 2003 in a television movie called “Eloise at the Plaza.”.

From early life, she was passionate about acting. Moreover, she started studying acting at a very young age and worked under the actor Dean Armstrong. As a result, Williams has gathered fans worldwide, mainly through her play in Orphan(2009) and the Incredible Hulk(2006).

When and Where Was Genelle Williams born?

Genelle was born on 18 February 1984 in the most populated city of Canada, Toronto. Currently, she is 37 years old. However, she is turning 38 years old on 18 February. Her nationality is Canadian, and she is of black ethnicity. As per Astrologers, Genelle Williams’ zodiac sign is Aquarius.

Who are Genelle Williams’s parents?

Williams has not revealed anything related to her parents. In addition, she is not active on social media, making it difficult to predict anything about her private life.

What are some of her most well-known TV series and films?

Genelle Williams played the first role of Debutante Ruth in the television movie named ‘Eloise at the Plaza.’ Subsequently, her first notable role was in ‘Family’s Radio Free Roscoe’ (2003-2006). After that, she played the role of DJ in ‘The Latest Buzz’ (2007-2010), where she played 51 episodes. After that, she played Leena in the science fiction series ‘Warehouse 13’ from 2009 to 2013. Her latest television act was in the drama series ‘Family Law.’

Furthermore, the actress starred alongside Letitia Wright and Alfie Allen in the romantic comedy film called ‘It’s a Boy Girl Thing’ as Tiffany. She even had roles in movies like ‘The Incredible Hulk,’ Orphan, and It’s a Boy Girl Thing. Williams acted as Sabine in the short film ‘Running Boy’ in 2010. After that, she had an eight-year break before returning to Sarah Sutton in the Christmas rom-com film called ‘The Holiday Calendar.’

Why did Genelle Williams leave warehouse 13?

According to Kenny, they needed to drop someone significant. It couldn’t be a guest star, and it had to be somebody who meant significance to our team. So eventually, they decided to end the character played by Genelle Williams. Hence Genelle Williams did not leave.

Does She Have Husband?

Genelle Williams is currently single. We don’t have any information on Genelle Williams’s previous relationships. Genelle’s personality suggests that she is the type of person who prefers to keep her personal life out of the spotlight. Genelle has kept her family and love life private.

Is She on Social Media?

Genelle Williams isn’t active on social media, but there are plenty of unverified Twitter and Instagram accounts with her name. This may suggest that she is not interested in social media life.

What is Genelle Williams Net Worth?

According to idolnetworth.com, Genelle Williams has an estimated net worth of about $14 million, making her one of Canada’s richest actresses. Recently her net worth has increased dramatically; still, Genelle has not disclosed her earnings, nor do we have any reports thus to estimate, even though we can assume that she makes the majority of her income as a talented and successful actress of Canada.

What about her physical statistics?